Meet the Google Code Next coder - and high schooler! - who launched an app to help students get sleep

Orvil Escalante will enter 11th grade at MetWest High School in Oakland, CA in the fall of 2019. He’s also a Google Code Next student, and in his spare time, a full-time app developer. His mobile application, DreamTime, can be found at the Google Play Store and aims to support mindfulness and relaxation.

Code Next is a free computer science education program that meets high school students in their own communities and provides the skills and inspiration they need for long and rewarding careers in computer science-related fields.

I asked Orville about how he came up with his app idea and how he turned it into reality with the help of Code Next.

Tell me about what inspired you to make DreamTime.

At school, I commonly saw that many students were getting enough sleep, yet others told me that they only slept for a couple of hours last night. I thought of app features that could help people feel relaxed. I concluded that these were meditation, napping, sleep music, and creating a sleep schedule.

What was the process like to bring the idea to life?

My initial step was to talk to one of my Code Next coaches about it. I decided to talk to Denzale Reese, a.k.a. Coach Wolf, because I knew that he worked on mobile applications with the tenth graders in the Code Next lab in Oakland. He was the person who guided me through most of the project.

I watched tutorials and investigated ideas on the internet, observing other peoples’ code on Github, watching Youtube tutorials on Android Studio, and looking for other peoples’ answers on StackOverflow when I had trouble.

In the end, I was able to manage to work on my own and every now and then rely on Coach Wolf. I built DreamTime and I am glad I can say it worked out. I created the journaling, the sign-in, and register-an-account features with Firebase, and learning to use AdMob, even though I don’t use it as much. I even created my own animations and some of the illustrations.

Why was it important to make DreamTime as a mobile app?

Nowadays, people are constantly hooked to their phones. When people use their phones for such extended periods of time, they require a way to relax and come back to a ground level. This is why you need DreamTime! Instead of watching another episode of your favorite series, you can set up an alarm for what time you should wake up tomorrow. If that doesn’t help you, you can listen to relaxing music. It's okay to feel stressed out as long as you can learn to handle and control your stress — and what better way than listening to relaxing music? 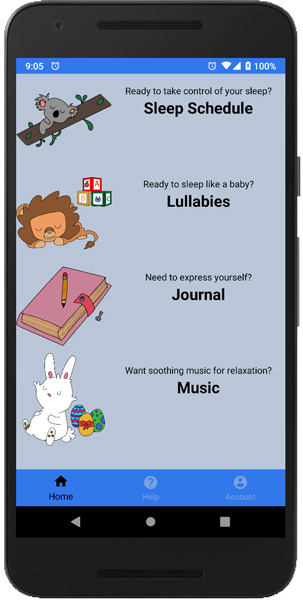 What was the hardest challenge you faced when building DreamTime? How did you overcome it?

I struggled on creating the journaling feature for DreamTime for so long. I ended up working on that for one month, trying to configure Firebase to set up journal entries. [It] worked as a global chat and others were able to view other journal entries, which would have been an invasion of privacy! I solved it by designing it so that instead of saving the journal entries to the Cloud, they are saved to your individual device. I learned that through a tutorial. It was a much safer option and much more reliable than saving it in a database. I am actually glad that I had all of these challenges because these were the main ways I learned. I had a feeling of satisfaction that felt so much more rewarding once I finished.

How did you first become interested in computer science?

I am interested in computer science because of Code Next! I think that with the potential to use computer science you can influence and change the world. Computer science plays a major role everywhere. It's interesting how with lines of code you can create so much with so little. Computer science is a field all about learning. You may think that you know everything there is about a certain coding language, but then they may add a new function to the code and you’re right back to learning.

I was interested in Code Next because it gave me the opportunity to explore more about technology and its use. I never would have thought that I would be capable of creating my own websites and mobile applications all through code. I have also met many wonderful people who are just like me and want to reach similar goals.

Want to learn more about Google's Code Next program? Sign up for updates! 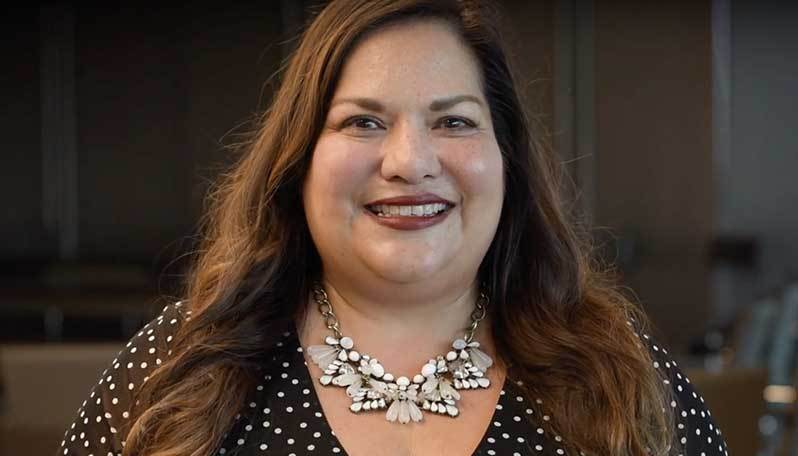