Let’s say you live in Game of Thrones’ land of Westeros and bought a copy of Jaime “Kingslayer” Lannister’s The Delights of King Joffrey at Westeros’ dominant online bookseller, Arryn Books. That store is likely to recommend very different books than the dusty selection the kindly librarian Samwell Tarly will put before you when you return the book to him.

Arryn Books’ algorithms are likely to suggest more books that share Jaime’s political support for the cruel child tyrant because people tend to buy books that comport with their existing beliefs and attitudes. The bookstore has incentives to provide these “recommendations of least resistance.”

But Sam, as a librarian, has a commitment to increasing and improving civic engagement, so he may recommend many of the same books as the online bookstore does, but is likely to add something like, “You know, there’s another book that I have a hunch you might enjoy: Entering the House Targaryen. It’s by Jaime’s brother, Tyrion, who is aligned with the Targaryen, who are the King’s enemies, but he does a great job presenting what our King Joffrey (long may he reign) looks like from another point of view.”

But now let’s say that Arryn Books suddenly becomes civic-minded and wants to take up Sam’s practice of recommending books from outside the reader’s accustomed patterns. After all, now that Winter Is Coming, it’s vital to all of Westeros that the increasingly acrimonious tribes get out of their cocoons and echo chambers, understand how those with other views understand the world, and unite in common cause.

For the online bookstore to do this, it’s not enough that the algorithms simply recommend books that run contrary to the reader’s views. For example, recommending King Joffrey: Best King Ever! to someone on Team Targaryen is going to be as effective as recommending Joffrey: A Monster in Boy’s Clothing to his mother, Cersei Lannister. You can’t just lob opposing books into people’s echo chambers, for people are in those chambers precisely to avoid contrary opinions.

Instead, you’d have to do what Sam the Librarian does: Recommend items that are just different enough.

If “just different enough” were simply a quantitative measure of difference, the task would be simple. Alas, it is not. The useful type of difference varies depending on the domain.

For example, for book recommendations, the aim might be to broaden the reader’s horizons by suggesting works in the same genre that open up new political, cultural, or literary perspectives. If a reader has just enjoyed Isaac Asimov’s Foundation series, the librarian might recommend Heinlein’s Starship Troopers about the cost of imperial war, or Octavia E. Butler’s Dawn for a female author’s perspective. But the recommendations-with-a-difference need not be in the same genre: “You might like this history of Rome that Asimov based the series on.” Or, “James Clavell’s Shogun is set in another world, but an historically real one, and is about multiple territories struggling for power.” Or a different genre by the same author: “Have you read any of Asimov’s non-fiction? He brings the same sort of opinionated insight to his reading of Shakespeare.”

Yes, some of these recommendations may be far fetched but the point is not: Finding what is just different enough first means having insight into the relevant vectors of difference.

Finding the right difference is crucial not only for book recommendations, but also for news feeds. As is commonly feared, a news feed that aims only at keeping eyeballs locked on the streams and fingers ready to click the proffered links can reinforce the existing outlooks of readers while narrowing their sympathies. But simply inserting posts that readers don’t care about will not get readers to read those posts; you can lead a person to kale but you can’t make her eat. (It was like this before the Internet as well: newspaper readers turned the inky pages on articles about topics they didn’t care about.)

The just-different-enough approach applies more broadly than just to recommendations. A related metric of just-enough-difference applies to humor.  in which laughter often comes after a short pause as the audience tries to “get” the joke. The difference with a joke is its distance from our expectations. If the stretch is too far, the joke is not intelligible enough. If the stretch is too short, as with a lazy pun, the joke gets a quick snort or eyeroll. Jokes also require just enough difference.

So, if we can we find a way to generate results that are just different enough, it well might apply not only to prompts for the next book or video you might enjoy, but also to how news streams are composed and perhaps even to the generation of puns, jokes, and – who knows – fiction. Indeed, it might be a key for the generation of serendipity in many fields.

Neural Nets to the rescue?

Do we need to train neural network models to crack this problem?

Traditionally straightforward statistical analyses of usage patterns suffice for recommending books, films, and music. For example, readers’ clusters of political books are likely to reflect their political leanings. So, to find books that are just different enough, a recommendation system might note books that show up rarely in various clusters, and recommend those outliers to the groups that rarely read them: if a King Joffrey book shows up often in the cluster of books read by Lannisters but with some minimal frequency in the cluster of books read by Starks, then recommend that book to the Starks, especially if that book is highly rated by the few Starks who have read it.

That’s fine, but it leaves discovery up to what the circles of readers who are reading from outside their circle. If the echo chamber hypothesis holds – repeatedly hearing the same opinions hardens and narrows one’s views – then as social spaces become more cloistered, the range of discoverable books will narrow as well.

So, how to recommend books to the Starks that are just different enough but that none of the Starks have discovered yet?

Perhaps machine learning could use book abstracts, reviews, or even the full text of books to train a model to predict the existing social clustering, and especially the outliers. Identify the outlier books being read by clusters (the Lannister book being read by Stark clusters), and analyze them looking for results based on cues other than the social ones. If machine learning can note patterns in the text of the books or comments about them that enable it to predict which outlier books have penetrated hostile echo chambers, then perhaps it can identify books that could penetrate those echo chambers if they were to be recommended.

If so, it would be interesting to see if we can learn what about a book enables it to succeed with groups that disagree with it. What makes a book just different enough? Of course, the ML might work without yielding its secrets.

But, as you may have noticed, I am not a machine learning expert, even though I once did successfully train a model to classify photos of deserts and jungles with an accuracy slightly north of random.

Serendipity is often seen as the solution to the problem of echo chambers. Indeed, Cass Sunstein, who popularized the echo chamber idea in a series of books starting in 2001, himself proposes increasing serendipity as an important part of the solution.

Yet, Sunstein’s explanation of the rise of echo chambers would seem to rule out serendipity as a solution. Sunstein’s argument, widely embraced, is that because people naturally prefer to read that with which they agree, if you give them an infinite buffet of reading options – i.e. the Internet – they will fill themselves up with comforting ideas. But if that’s what has caused the rise of echo chambers, then putting out yet more platters of things people disagree with will not suddenly cause people to decide to read them.

Serendipity by definition is a happy surprise. In the case of a book recommendation, the surprise is the difference from what the reader usually reads. The happiness is that the work is pleasing despite, or because of, the difference. For serendipity to work, the work cannot be too surprising. It has to be just surprising enough, just different enough.

If algorithms can genuinely engineer serendipity, machine learning can make a difference wherever serendipity counts. And that, arguably, is just about everywhere. 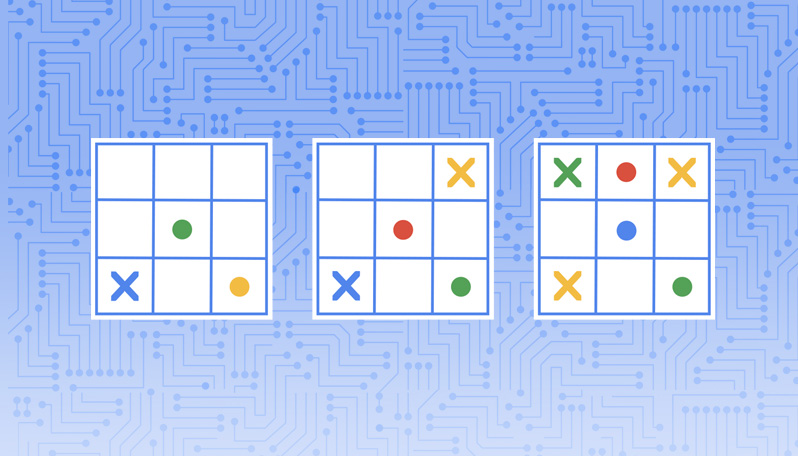 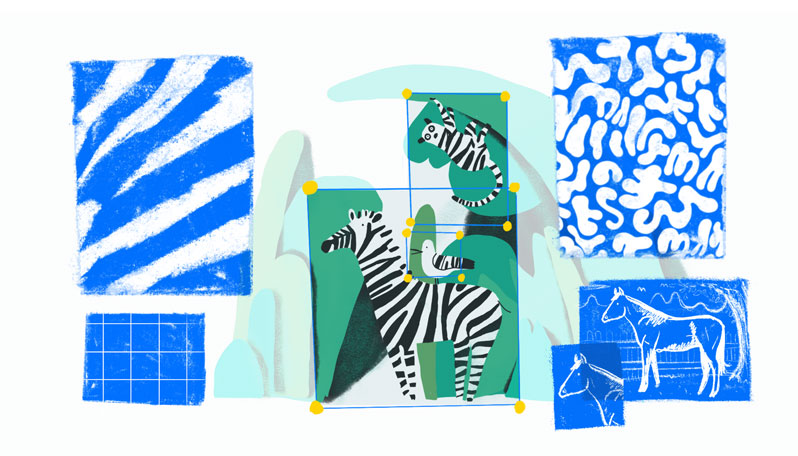 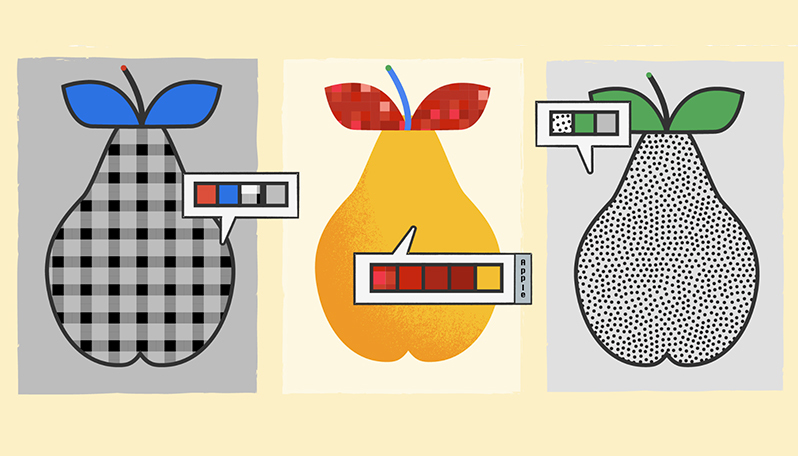