Googler Craig Shaver: Leading in the Marine Corps and at Google

Craig Shaver works as an Account Strategist at Google, partnering with Google's Small and Medium Business customers to help them meet their primary business objectives. A veteran of Operation Enduring Freedom and a Sergeant in the United States Marine Corps Infantry, Craig was deployed to many locations around the globe during his service. His deployments ranged from training members of the Jordanian Armed Forces in Az-Zarqa to participating in direct ground combat operations in the Sangin District of Helmand Province, Afghanistan.

For his service in Afghanistan, Craig received the Combat Action Ribbon and the Navy and Marine Corps Achievement Medal with Combat Distinguishing Device. Upon his honorable discharge, Craig attended the University of Minnesota and graduated with a Bachelor of Science in Applied Economics though the Post-9/11 GI Bill. We sat down with Craig to discuss his far-reaching military career and to recount his journey to Google.

First of all, thank you very much for your service. What compelled you to join the Marine Corps and serve the United States?

Of course, I was always passionate about service and I still am today. I believe that everyone ought to serve their country in their own unique and special way whether that be through the military or an organization like Teach for America or the Peace Corps.

I often reflect upon the reason why I ultimately joined the Marine Corps. Having been born and raised in a suburb outside of Minneapolis, Minnesota, I was lucky enough to grow up in a comfortable, middle-class home and led a privileged life. One day it dawned on me that my upbringing was very much the exception, not the rule. This compelled me to enlist in the Marine Corps upon my graduation from high school in 2009; I felt it was crucial for me to get to know people from all different walks of life in order to understand their diversity of perspectives and experiences.

I served in the Marine Corps Infantry for four years and deployed three times. My first deployment was in 2010 serving with a Marine Expeditionary Unit working alongside partner nations in the Asia-Pacific region. In 2012, I served in Afghanistan, where I led a rifle squad and engaged in direct ground combat in Helmand Province. Finally, in 2013, I helped to train the Jordanian Armed Forces in Az-Zarqa.

(Editor’s note: Craig received two meritorious promotions during his time in the Marine Corps. Before his honorable discharge in 2013, he served as one of the youngest squad leaders in his battalion, 1st Battalion 7th Marines Regiment, while in Afghanistan.)

What was the most important thing that you learned overseas?

A lot of people ask me that question. I actually think that the more important question to ask is “What did you learn from the people with whom you served?”

In short, I learned a great deal. The military is a true melting pot, made up of all different people from all different walks of life. For instance, the twelve person squad that I led in Afghanistan included both a nineteen-year-old from Arizona and a twenty-five-year-old born and raised in the Philippines working on obtaining his United States citizenship. The military encompasses and attracts a huge spectrum of diverse individuals. I bought into that diversity immediately and, hopefully, left the Marine Corps with a better understanding of how the world worked.

How did the Marine Corps teach you to lead and inform your perspective on leadership?

The amazing thing about the Marine Corps is that they believe that leaders can be created, they are not born. Like anything in the military, there is a precise system to mold young enlistees into natural leaders. The Marine Corps is where I fell in love with systems thinking, decision-making models, and trying to comprehend  the way things worked.

I apply what I learned in the Marine Corps every single day at Google.

Can you provide a tangible example of how you utilized one of these processes or learnings at Google?

The systems that I acquired in the Marine Corps allow me to structure my thinking and to ascertain how to attack a given problem. Every single time I receive a new project, I open a Google Doc and type at its top:

I share similar frameworks with other Googlers as well. This summer, I was incredibly fortunate to lead a team of eight BOLD Interns that hosted a Digital Skills Day with fifty-two local Ann Arbor businesses. When I gave them this task, I simply gave them the intent, end state, and measurable/deliverable. How they executed and planned the event was up to them. Needless to say, they did an incredible job! The framework very much reminds me of Google’s Objective and Key Result (OKR) system.

Could you tell us more about your journey from the Marine Corps to Google?

After my time in the Marine Corps, I attended the University of Minnesota (Go Gophers!) thanks to the Post-9/11 GI Bill and I graduated with a degree in Applied Economics. I realized during my time in the Marines that I was fascinated by decision making and understanding how people respond to incentives. I found economics to be a great lens to analyze why individuals act the way they do.

I loved numbers throughout college and I always assumed that I would work as a Business Analyst professionally. Ironically enough – and this is not made up! –I stumbled upon a YouTube video about veterans working at Google during my last semester at Minnesota. I had always admired Google, however, I thought of it as a place where I would never work because I had no background in computer science or any pertinent technical expertise. This video opened my eyes to the multifaceted nature of Google’s business and I thought, ‘Well, I’m a veteran and I want to work for Google…’ I applied for a job in sales and here I am nearly two years later!

Honestly, that VetNet YouTube video compelled me to sit for this interview. I never would have applied to Google without coming across that video. It was pure serendipity.

Let me tackle this in two sections. First, I’ll address veterans and then I’ll advise those working alongside veterans.

To veterans: nearly every large, multinational corporation has some sort of veteran outreach. Even if you do not want to work in a traditional corporate role, it is crucial to clearly translate your military experience and skillset to your professional resume. The military has its own unique vernacular. Leading a squad of twelve translates into being responsible for twelve direct reports in the corporate world. Finally, I would encourage veterans to think critically about how processes and systems from their service might apply to the many different problems corporations face in the twenty-first century.

To people working alongside veterans: be sure to absorb the practices and learnings of your veteran colleagues. Ask them how they would have handled a given problem or issue when serving in the military. How would they break it down from beginning to end?  I think this advice is applicable anytime you are working alongside an individual with a different perspective, however, I believe that it is particularly helpful when working with veterans. Veterans generally have a systematic approach to tackling problems; apply these best practices to overcoming your teams’ challenges!

Personally, I believe that the perception of the military as a rigid, hierarchical organization is a bit simplistic. Too often individuals conflate the military’s command and control structure as the simple execution of tasks and orders. In reality (in my experience), the military forced me to think creatively about the various situations in which I found myself.

Before any mission, I was given an intent (the “why” behind the mission) and the end state (what winning looks like). That was it. I knew why I was participating in a given mission and what I wanted the outcome of said mission to be, however, I charted the path from intent to end state, how I got there was completely up to me. I led my first combat patrol in Helmand Province when I was twenty years old. Personally, I can’t imagine a more creative framework/environment for problem solving.

Designing for merely one consumer or user leads to fragility and obsolescence. If a team can design a product that delights both a PhD student in New York City and a child in rural Afghanistan, they have created something robust. When we design for marginalized communities, we design products that will withstand the test of time and experience. We elevate the functionality of the whole product by focusing on the needs and wants of one particular underrepresented group.

I love that we are a mission-driven organization that operates at tremendous scale in an agile fashion. To think that we have almost eight products with more than a billion users each is astounding. I feel as though I am part of something larger than myself (as I did in the Marine Corps). Additionally, the ability to work alongside intelligent, talented, vibrant people always pushes me to be better than I was yesterday.

Inspired by Craig? Apply for a job at Google to create, code, design, and build for everyone. 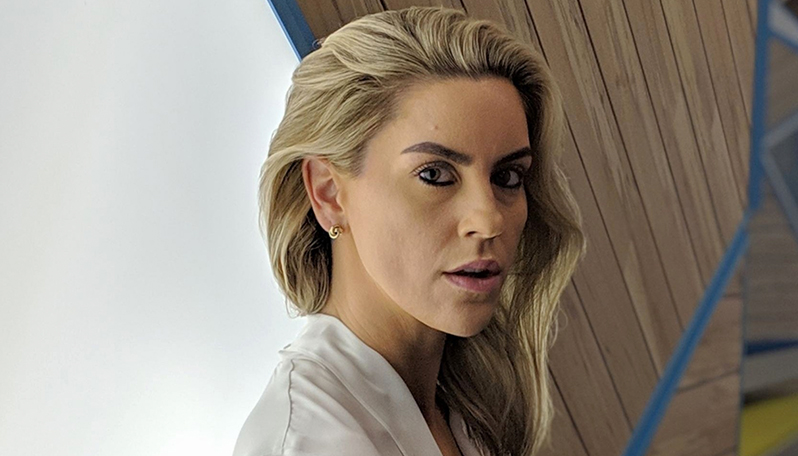 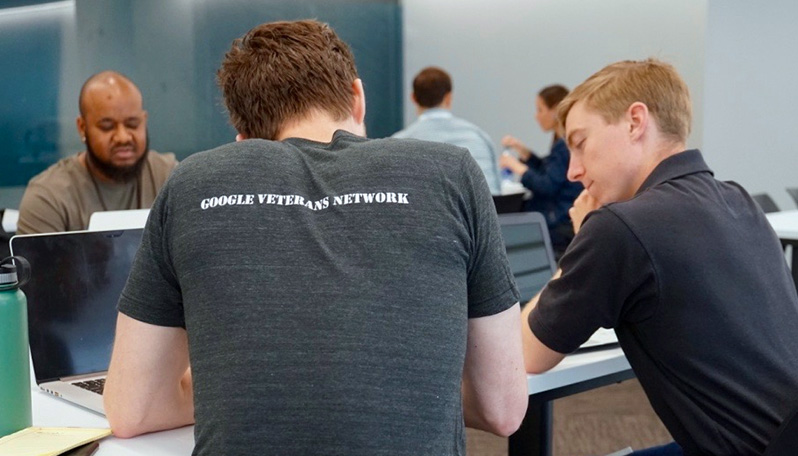 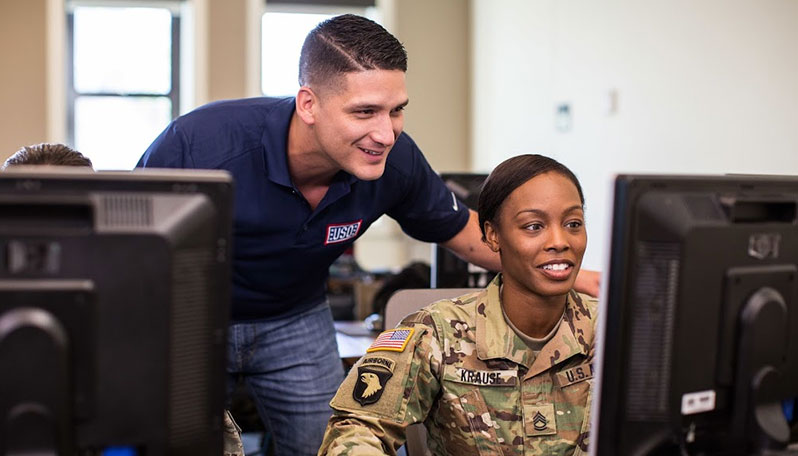